There may be no bigger decision than purchasing a home. This important decision is more than just an expense and financial commitment; It is also a decision as to where you will choose to live, what type of lifestyle that location will provide you and your family as well as what type neighbourhood you will settle in. These decisions are all part of the larger picture of owning your own home. One way of gaining a better understanding of the city and area you are interested in is through demographics. Demographics help paint an overall picture of the city. Here is a brief look at some of the more important demographics of Maple Ridge and why these demographics make the city such a great place to call home!

Maple Ridge has a population of 76 000. The city has grown over 10% over the course of 5 years. This rapid growth can be attributed to careful city planning, an affordable housing market with a wide selection of real estate options as well as a marked improvement in infrastructure such as the Golden Ears Bridge.

This growth in population has brought a wider selection of goods and services to Maple Ridge in the form of small business. The population boom has also brought more green spaces and community facilities to the area. All of these new additions have and continue to attract a new and vibrant population to Maple Ridge.

The age distribution for Maple Ridge is as follows:

These statistics show that Maple Ridge has a very large percent of its population that is under the age of 14. This number has also grown significantly since the last census. The data shows that Maple Ridge is a very attractive place for young families. This is also reflected in the development of more leisure centres and the emphasis that the city has placed on youth centres, elementary schools, secondary schools, parks and playgrounds.

To accommodate the population boom that Maple Ridge is experiencing and will continue to experience for years to come, the infrastructure and commuter routes that lead in and out of the city have and continue to be improved for Maple Ridge’s large working population (69.8%).

Maple Ridge has also developed various facilities and centres for its population over 65. This includes more programs and activities at its community and adult centres. The city is also developing and creating space for many assisted living homes.

Much of the condo growth from the last census to the most recent census has been in the downtown area of Haney where a trendy, downtown lifestyle is attracting young professionals or young families who are looking for a more urban setting to raise their families. The development of the downtown core is one of the city’s more innovative approaches to attracting the young families and professionals to Maple Ridge.

The predominant language spoken in most households in Maple Ridge is English. 87.4% of residents in the city reported English as their mother tongue. Other languages that were reported were German, Tagalog or Filipino, Korean, Spanish and Punjabi. These demographics show that Maple Ridge is a multi-cultural city that is comprised of a wide range of diverse people. This thriving population of different cultures is very evident in the ethnic food choices that abound in the city and the many diverse and well celebrated festivals and events that are hosted in the city throughout the year.

These are just a few of the many demographics that are collected in each Canadian census. All of these statistics show that Maple Ridge is a vibrant and quickly growing city that offers an affordable housing market with an emphasis on the single detached home. The numbers also show that Maple Ridge is a multicultural city and that the majority of the population are young families who are looking to raise their children in the safe neighbourhoods of Maple Ridge. All of these demographics show why so many people are proud to call Maple Ridge home.

Walk Score's mission is to promote walkable neighborhoods. Walkable neighborhoods are one of the simplest and best solutions for the environment, our health, and our economy.
Walk Score measures the walkability of any address, based on the distance to nearby amenities and the walking routes available. Scores ranging from 0 to 49 indicate car dependency, from 50 to 89 state that errands can be accomplished on foot, and, no car required for scores from 90 to 100. 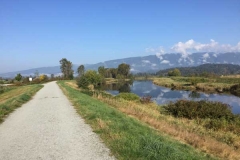 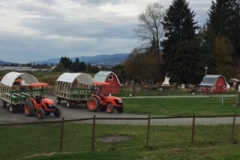 Get your friend inspired with this great Maple Ridge Property!

×
Sign up for FREE now for these great benefits:

Do you have any questions?
Would you like a personalized assistance?